A Patient "Pays it Forward" 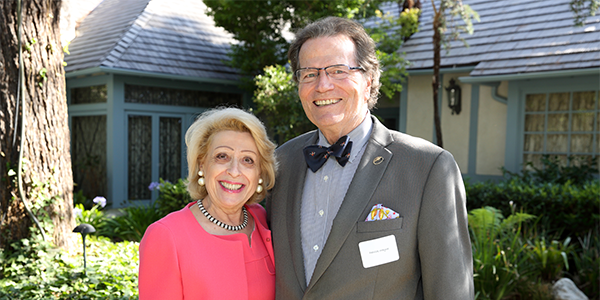 A fashion-savvy Frenchwoman, Annick Brunaud had an outsized personality and even larger sense of loyalty to those she cared about, say her friends Diane Carfora and Holly Toplitzky. Annick, who passed away from pancreatic cancer on May 17 at the age of 77, worked as a wealth manager at Wells Fargo and had a large network of friends in Los Angeles.

"She was very bright, gregarious and hard-working," says Holly, who knew Annick for 20 years and worked as her business manager. "She had a unique ability to get close to people she met in different walks of life."

Diane also met Annick more than two decades ago. "She was just a rare and special person. I don't think anyone who met her-for five minutes or for the rest of their lives-would forget they met her. She was a tough woman in business, but she had this other side that was very funny and loyal to her friends and clients."

As part of her estate, Annick bequeathed a gift of $250,000 to the John Wayne Cancer Institute at Providence Saint John's Health Center for research directed by one of her physicians, Dr. Anton J. Bilchik, MD, PhD, professor of surgery and chief of the gastrointestinal research program. 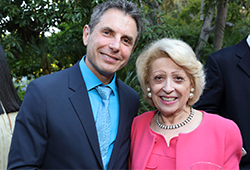 Over the years, Dr. Bilchik treated Annick for gastric cancer and, later, pancreatic cancer. That disease ultimately took her life. During her years of treatment and checkups, she formed a close and trusting relationship with her medical team, never failing to praise Dr. Bilchik to her friends. She also bonded with Sean A. Fischer, MD, a medical oncologist and hematologist at Providence Saint John's Health Center, says Holly.

The estate gift means that Dr. Bilchik can proceed with research to better understand why pancreatic cancer is difficult to detect and resistant to many standard treatments. Dr. Bilchik is considered one of the country's leading specialists in surgical oncology and has long been listed as one of "Americas Top Surgeons."

"Annick will be missed," Dr. Bilchik says. "She was a bigger-than-life character and very generous. Her support will go a long way to help us with our research and treatment."

Such gifts have tremendous impact and multiple advantages, says Andy Trilling, vice president of principal gifts at the Saint John's Health Center Foundation. Annick was as sharp financially as she was thoughtful and philanthropic." As a professional wealth manager, Annick knew that leaving the IRA portion of her estate to charity avoids a "double-tax" of up to 75% if left to heirs and friends," says Andy.

Annick knew how much her gift would be appreciated, says Holly. "When she was going through her last round of care, they didn't have drugs specifically for what she needed. It was Annick's hope that, with this money, Dr. Bilchik could research pancreatic cancer treatments and that doctors would someday develop new effective therapies. Her words were: Pay it forward."